“My friend, colleague and director at LeMaSa, Sizakhele Mbhele, died on Monday, 15 November 2010. It is a great loss to all of us and it will take me a long while to accept her death. However, Sizi left a legacy of caring, helping and sacrifice of self to the benefit of others. Let us all fondly remember Sizi for what she meant to all of us.

In another vein - Companies need to get people to connect in meaningful ways in a diverse workplace, to guarantee good relationships with customers, suppliers and investors. There is a strong business case for strategically aligned diversity management. Aggressive management of diversity has been shown to offer a substantial return on investment. Innovation comes with diversity - companies cannot expect new ideas to emerge if everyone thinks the same. Diversity management is about building connections across race, gender, sexual orientation, disability, life style and – very importantly – age” (Annelie Gildenhuys). Most companies agree with the above and support their diversity management efforts with diversity training.

In this edition of the LeMaSa Chronicle we include an article by Neal Goodman where he describes some of the aspects that trainers need to consider when doing diversity training. We also include a brief description of the elements of an integrated talent management system, as all of us are addressing some (or all) of those aspects in an effort to ensure our organisations’ success and sustainability.

I hope that you will all have a relaxing break over December and come back to enjoy a rewarding 2011! 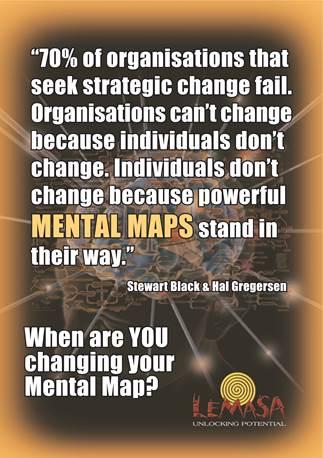 Neal Goodman, (in the December 2010 edition of The Diversity Executive Journal) states that whether we do training internationally or inter-culturally, in-person or virtually, cultural differences can impact a programme’s success. According to Neal, many accomplished instructors have seen their programmes go awry due to ignorance.

Neal describes several examples of common pitfalls, one of which is described below:

An European company sells a telephone system to a Middle Eastern client and is accused of providing insufficient training on the equipment following calls several weeks later alleging technician incompetence. Yet at the end of the training day, the instructor asked each student if he or she understood everything, and all trainees said yes. In many Middle Eastern cultures its unlikely trainees would be willing to stand out and say no when asked if they understood. It would have been wiser for the instructor to either ask the students to practise and demonstrate what they were taught or break them into sma ll groups and assign the groups to come up with questions.

Neal provides some tips and questions to consider when preparing to lead a multicultural training program.

· Recognise how your own implicit cultural assumptions impact your performance and effectiveness as a trainer. Consider: Should you begin with a formal presentation or with a simulation?

· Identify specific situations where misunderstandings are likely to occur in the design and delivery of courses across cultures or other working situations. Consider: Do you want participants of different ranks within an organisation to take the programme together?

· Assess traits and skills with respect to those needed for success in cross-cultural settings. Consider: Do you think the use of humour adds to or detracts from the effectiveness of training?

· Practice culturally appropriate learning and instructional styles and business protocols. Consider: Do you call on people directly or have people respond in groups?

· Adapt existing materials and methods to the participants’ culture. Consider: Are the students more familiar with an inductive or deductive learning style? Are all the examples in the local currency and measurements?